Dr Joseph Dunne has joined the Department of Library & Information Science as a Lecturer in Library Science and artist-in-residence.

This post was first published on 21st February 2018, on  City University News.

In recent years, universities have started to explore the benefits to learning, teaching, research, impact and outreach that derive from collaboration with an artist-in-residence. See for example, initiatives at Kings, UCL and Exeter.

In September 2017, the Department of Library & Information Science, CityLIS, pioneered the idea of an academic appointment, joint with artist-in-residence activity, as we welcomed Dr Joseph Dunne to our team. 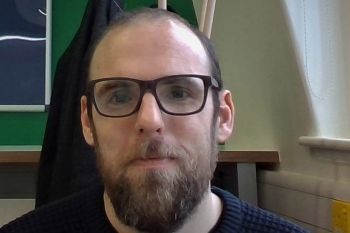 The concept of the artist-in-residence has no exact definition, but is generally taken to mean the introduction of an artist (e.g. painter, sculptor, dramatist, choreographer, musician, poet, writer), into a novel, previously unexplored environment, either on a permanent or a fixed-term basis.

The benefits of this are two-way, allowing the artist to draw upon new sources of creativity, whilst also providing the host organisation with fresh perspectives on their work, potential new directions, and new audiences.

Joe’s background is unique, in combining expertise in theatre and performance, with an interest in archiving and audience participation. It was for this reason, that he was appointed as Lecturer in Library Science/Artist-in-Residence within the Department of Library & Information Science, working towards further developing an interdisciplinary perspective to their core areas of interest, which include documents, documentation, digital culture and digital curation.

Joe has been working with Dr Lyn Robinson on the CityLIS project DocPerform, which endeavours to understand how temporal and participatory works such as theatre and dance can be understood as documents, and subsequently recorded and indexed for access, preservation, re-experience and re-interpretation.

Lyn and Joe share an interest in how performance can be read as a document, and they are especially interested in the affordances of technologies such as virtual and augmented reality in the creation of new types of immersive documents, and their place in facilitating the archive.

CityLIS has organised two international symposia connected with the project, both held at City.  DocPerform, which took place in November 2016, and DocPerform 2: New Technologies which was held in November 2017. A special edition of the peer reviewed journal Proceedings from the Document Academy featuring a selection of the papers from the latter event will be published later in 2018. CityLIS are currently in discussions with colleagues at the V&A Museum to co-host DocPerform 3. 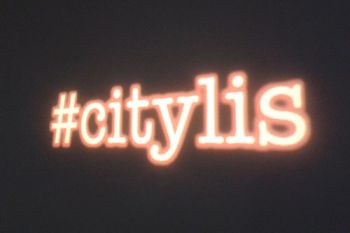 The unique achievement of the DocPerform project to date has been in bringing together, for the first time, artists, creators, archivists, librarians, researchers and teachers from a variety of sectors to consider the documentation of performance, and to establish commonalities in respective understanding of performance as a document.

The CityLIS DocPerform collection of contacts, abstracts and papers brings a novel, cross-disciplinary perspective, to the LIS field, extending it beyond the boundaries of its usual audience and inhabitants.

CityLIS is currently engaged in further cooperative work within the area of performance documentation, including a major literature review and funding proposals to grow the project.

The perspective of the artist-in-residence has brought additional benefits to CityLIS, beyond that of facilitating a new aspect to the discipline.

Notably, an increased awareness of, and interest in, our courses has arisen from students, practitioners and researchers of theatre, arts and performance; indeed we welcome engagement with those interested in postgraduate study from non-traditional backgrounds, as well as with those whose interest in digital curation, remixing, archives and preservation comes from outside the traditional library & information science domain.

The artist’s eye reimagines the world, and Joe’s experience and insight has led to new content for our courses, examining the place of theatre, participation, authorship and creation within the library and information sector. We have new colleagues and contacts, and new ideas for research and for non-text academic outputs.

It is likely that other courses, projects and departments could benefit from embracing the artist-in-residence concept.

The benefits are not all one sided, and for the artist, the liminal borders between disciplines provide a nourishing environment for creativity, individual growth and new work.

Since joining CityLIS and researching theories pertaining to documentation, digital culture and the philosophy of information, I have gained a significant insight into the capacity of technology to engender audience participation and create interactive performances. Floridi’s image of the “infosphere” and his vision of an informational society has profound implications for the ways artists can collaborate with audiences across different medias and over great distances. Information professionals are ideally placed to impart knowledge of how interactive technologies are changing how reality is perceived and engaged with, and the ways bodies of knowledge are formulated as a collaborative exchange in digital spaces.